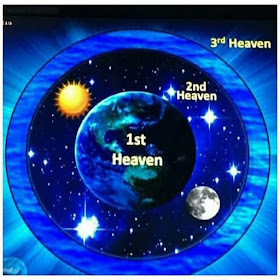 When Jesus, (one of two current members of the Godhead), the Lord God in HEAVEN speaks of HEAVEN, it is good that we understand of which HEAVEN GOD is speaking!

ACCORDING  TO WHAT IS WRITTEN, INDEED, THERE IS MORE THAN ONE!

( During Jesus' first direct encounter with Paul, after his resurrection,  Jesus blinded Paul!)

Acts 9: 1 And Saul, yet breathing out threatenings and slaughter against the disciples of the Lord, went unto the high priest,  And desired of him letters to Damascus to the synagogues, that if he found any of this way, whether they were men or women, he might bring them bound unto Jerusalem.
And as he journeyed, he came near Damascus: and suddenly there shined round about him a light from heaven:  And he fell to the earth, and heard a voice saying unto him, Saul, Saul, why persecutest thou me?
And he said, Who art thou, Lord? And the Lord said, I am Jesus whom thou persecutest: it is hard for thee to kick against the pricks.
And he trembling and astonished said, Lord, what wilt thou have me to do? And the Lord said unto him, Arise, and go into the city, and it shall be told thee what thou must do.  And the men which journeyed with him stood speechless, hearing a voice, but seeing no man.
And Saul arose from the earth; and when his eyes were opened, he saw no man: but they led him by the hand, and brought him into Damascus.  And he was three days without sight, and neither did eat nor drink.
Acts 9:1‭-‬9
https://bible.com/bible/1/act.9.1-9.KJV

Paul could not tell, because

In fact, Galations tells us, Paul did not totally recovered his sight after that encounter!

https://bible.com/bible/1/gal.4.12-15.KJV
But the Bible indeed indicates﻿ there are three (3) HEAVENS.
The Lord uses some words interchangeably.

A. HEAVEN of HEAVENS!

B. HEAVEN and Earth! 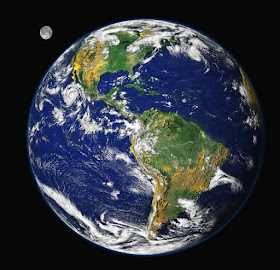 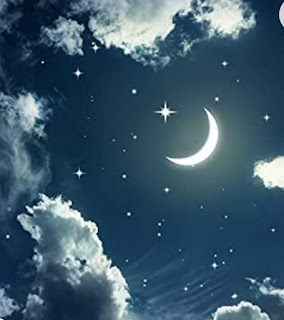 #3. The third HEAVEN #3 is where the FATHER (JESUS) and (JEHOVAH) who came in the name of the
FATHER, (JESUS) currently dwell! ﻿ 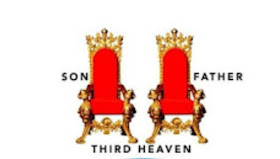 Rev 12: 7 And there was war in HEAVEN: Michael and his angels fought against the dragon; and the dragon fought and his angels, 8And prevailed not; neither was their place found any more in HEAVEN!

Revelations 12: 4 And his tail drew the third part of the stars of HEAVEN, and did cast them to the earth:

Isaiah 14: 12 How art thou fallen from HEAVEN, O Lucifer, son of the morning! how art thou cut down to the ground, which didst weaken the nations!
13 For thou hast said in thine heart, I will ascend into HEAVEN, I will exalt my throne above the stars of God: I will sit also upon the mount of the congregation, in the sides of the north:
14 I will ascend above the heights of the clouds; I will be like the most High.

Genesis 1:16‭ And God made two great lights; the greater light to rule the day, and the lesser light to rule the night: he made the stars also.
17 And God set them in the firmament of the HEAVEN to give light upon the earth,
20 And God said, Let the waters bring forth abundantly the moving creature that hath life, and fowl that may fly above the earth in the open firmament of HEAVEN.
https://bible.com/bible/1/gen.1.16-20.KJV
(This is the SECOND HEAVEN, #2 The Sky!)
Matthew 25: 30 And then shall appear the sign of the Son of man in HEAVEN:

Matt 24: 29 Immediately after the tribulation of those days shall the sun be darkened, and the moon shall not give her light, and the stars shall fall from HEAVEN, and the powers of the HEAVENS shall be shaken:

:and then shall all the tribes of the earth mourn, and they shall see the Son of man coming in the clouds of HEAVEN with power and great glory.

Rev 12: 3 And there appeared another wonder in HEAVEN; and behold a great red dragon, having seven heads and ten horns, and seven crowns upon his heads.

(This is the FIRST  HEAVEN, #1, the Earth!)
BABYLON THE GREAT PT 1.
For John this was the future. Remember John was in the Spirit on the Lord's day!
Matthew 24: 31And he shall send his angels with a great sound of a trumpet, and they shall gather together his elect from the four winds, from one end of HEAVEN to the other. 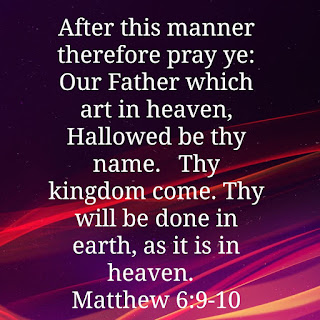 And Absalom met the servants of David. And Absalom rode upon a mule, and the mule went under the thick boughs of a great oak, and his head caught hold of the oak, and he was taken up between the heaven and the earth; and the mule that was under him went away.  And a certain man saw it, and told Joab, and said, Behold, I saw Absalom hanged in an oak.

Two HEAVENS are also listed in these verses.
(The Earth is the FIRST HEAVEN, #1 the Earth)

Isaiah 13: 4 The noise of a multitude in the mountains, like as of a great people; a tumultuous noise of the kingdoms of nations gathered together: the LORD of hosts mustereth the host of the battle.
5They come from a far country, from the end of HEAVEN, even the LORD, and the weapons of his indignation, to destroy the whole land.

(Medes - Russia) and her allies, (Great Tribulation.) Kings of the East!

(This is the FIRST HEAVEN, #1 the Earth)
WHICH SHOULD EXPLAIN AN WHOLE NEW MEANING FOR YOU WHY:
THERE WILL BE NO RAPTURE! JESUS OF THE BIBLE HIS KINGDOM WILL BE RIGHT HERE ON THE EARTH!

There are many more verses indicating HEAVEN and or referenced as HEAVENS.
But indeed we must understand, there is more than just one HEAVEN!
THERE ARE (3) THREE HEAVENS!

He that descended is the same also that ascended up far above ALL HEAVENS, that he might fill all things.)
Ephesians 4:10 KJV
https://bible.com/bible/1/eph.4.10.KJV
﻿

Praise JESUS, the God of Israel! 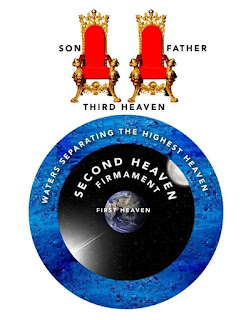 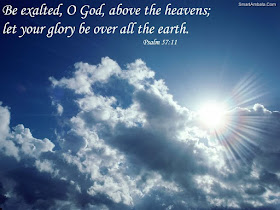 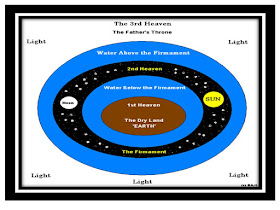 TEACH THEM THE FUTURE!